Leo’s parents were both born in Mexico and immigrated to the United States in the early 1940s. His parents met in Sacramento and married shortly after. They had four children with Leo being the second youngest of the four. His father, Leo Sr., started working for Nor-Cal Beverage in 1965. “There were a lot of memories that this place brought to me,” Leo said. He remembered that as a child, he would bring food to his father during lunch at the old plant, when Nor-Cal was located on R Street in Sacramento years ago. He said he remembered the sweet scent of the production facility. When Leo came back years later, this distinctive smell brought back memories of his childhood and of being with his father. “It was something I would never forget,” Leo said.

Leo spent all of his childhood and early life in Sacramento. Shortly after finishing high school in 1973, he married his high school sweetheart.  A few years after he married, he had 2 beautiful children. Early in his career, Leo remembered working in various jobs to make ends meet.  For the most part, he worked in the restaurant business. These jobs included being a dishwasher, busser and cook among other jobs. Leo found himself working for an American comfort food restaurant called Eppie’s Diner for a few years.  One day while working there, a customer asked him if he wanted to do managerial work for another local restaurant called Happy Steak. He thought it was a great opportunity and took the job. Leo was with Happy Steak for a few years but after a disagreement regarding his safety, he decided to leave the business.  Leo was unhappy with the situation but he knew things happened for a reason and there was something better coming his way.

Sure enough, in 1979, a week after he lost his job, his father mentioned that Nor-Cal Beverage was hiring a night shift sanitation crew member and asked Leo if he would be interested. Leo said yes and the next day, his father set up an interview for him to meet with Don Deary (former Nor-Cal Beverage President). Leo recalled his interaction with Don and remembered he was such a character. Leo said as soon as he walked in the office, Don was smoking a big cigar and asked him if he wanted a job.  Don then followed by mentioning the job was going to be rough and difficult. “Don was always clear and straight forward,” Leo said. Don then asked Leo if he could start working that same evening and Leo agreed.  In an instant, Leo’s life turned for the better and he became part of the Nor-Cal Beverage family.

Leo Sr. worked for Nor-Cal for 27 years and Leo recalled that when he first started, he had big shoes to fill. Leo mentioned his father had a strong build and was always ready to get things done. “Back when my dad first started, they used to load all the trucks by hand, and it was a lot harder work back then,” Leo said. Leo mentioned his father was a very special person who was loved by his coworkers and peers. “It was difficult for me to live up to my father”, he said. But once Leo started and became familiar with Nor-Cal, it was easy for Leo to get along with everyone. Leo worked alongside his father for 11 years until his dad retired in 1990. “From the time we spent working together, I really enjoyed working with him, and I looked up to him,” Leo said.

During the 42 years spent at Nor-Cal, Leo has moved around the facility taking on numerous responsibilities. Initially, he was with the Sanitation Department for 2 years and then moved to the Bottling Can Line as a Filler Operator. After operating in that area for some time, one of the managers mentioned that a new department called Aseptic was being introduced. “They told me they didn’t know much about it but they asked if I wanted to join and I said sure,” Leo said.  Leo joined the Aseptic team in 1985 and has been with the department ever since.

The Aseptic Department produces juice boxes much like what one would put in a child’s lunchbox. Leo loves his department and said they are a little family. Leo mentioned the Aseptic team is very independent and unique from other departments but is always willing to help.  Leo also stated that everyone in the Aseptic Department gets along great and they all work well together. “I love my crew, every single one of them”, Leo commented. The Aseptic team consists of a small number of people but they always work hard to make sure their work is done in a timely manner.

After many years spent dedicated to Nor-Cal, Leo says he stayed with the company because it’s a great company to work for. Leo enjoys spending time with all of his co-workers. “Everyone here is very friendly and hardworking.” Leo also raved about the Deary Family and how they have been very supportive throughout the years.  “I love them; they are a really good family and good people.”  Leo appreciates everyone who works for the company and is very happy to be part of the family.

In his free time, Leo enjoys spending time with his beautiful wife, Mary, whom he met in 1986. They met ten years following his divorce and have been happily married for 35 years. Leo said, “My wife inspires me, she makes me get up in the morning.” Leo currently has 2 grandchildren in their 20’s and a great granddaughter who is almost 2 years old now. Something that his coworkers might not know about Leo is that he is a gardener. He loves plants and has flowers all over his yard. “My yard is immaculate; I love going out there and tiddling in the yard.” Leo also enjoys spending time with his 3 dogs and cat.

Nor-Cal Beverage has many like Leo Sr. and Leo, who have dedicated years of their career to the company. They work hard, enjoy their work and are proud of what they do. The Dominguez Family’s perseverance and work ethic are what make our team one of the best. We appreciate having employees like Leo who join our team and continue to give their all for many years! 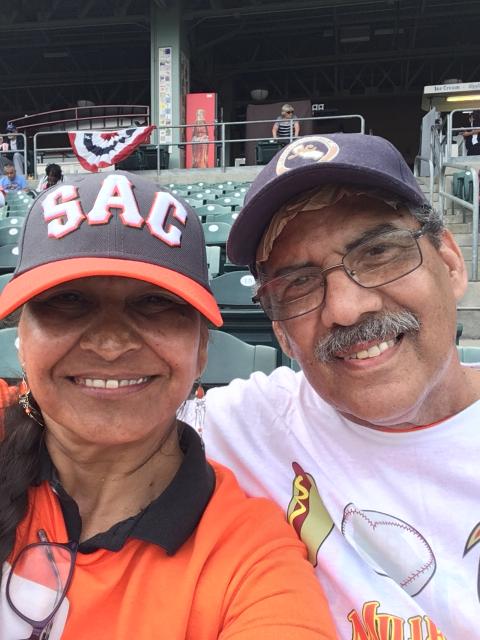 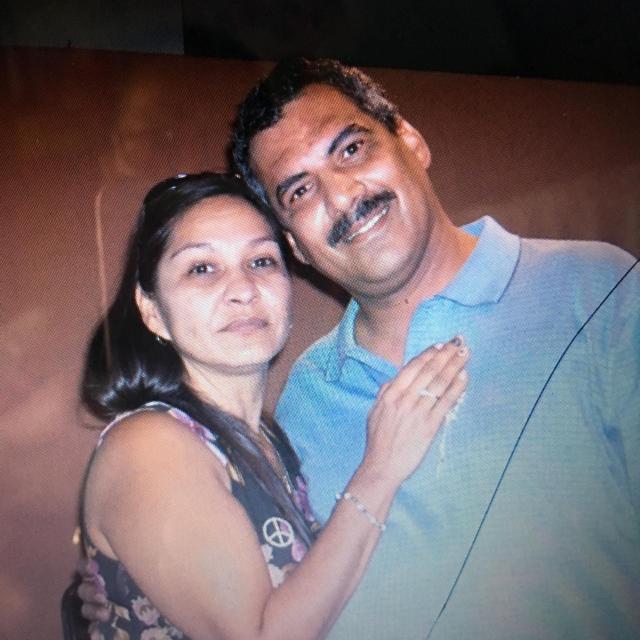 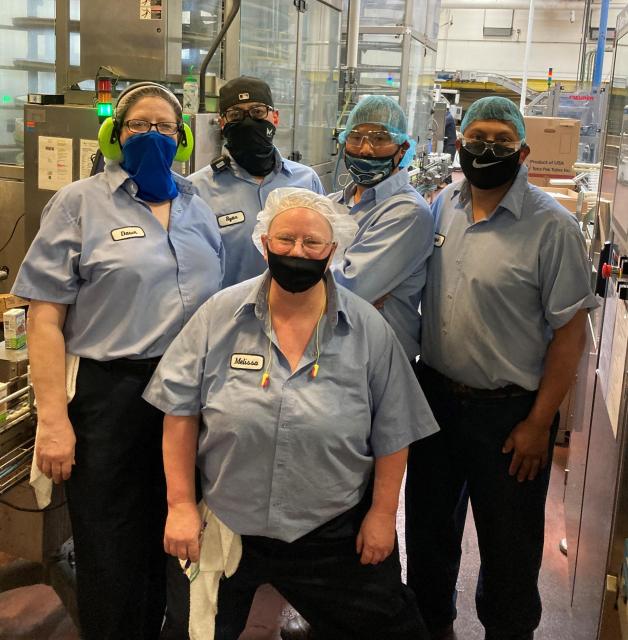