August 2021 – Amanda Geer A woman with many talents

Amanda Geer has been with Nor-Cal Beverage’s production team for about 10 years. Amanda is a member of the Maintenance Department and is very dedicated to her job. Amanda wanted to share her story with her friends and co-workers.

Amanda was born and raised in the small town of Kingsville, Texas to a family of 5. She is the oldest of three children with 2 younger brothers. When Amanda was 9 years old, her family decided to move to Arkansas. As a child, Amanda was into sports and really enjoyed swimming. While living in Arkansas, she became part of the swim team at her school. When she was in 6th grade, her team trained twice a day, year-round in order to prepare for the Junior Olympics. “I was really into swim, and we all wanted to be part of the Junior Olympics,” she said. A year later, her parents decided to move to California, and she was devastated. At first, Amanda did not want to move because she wanted to continue to train with her swim team. Amanda’s father convinced her by telling her that in California there were a lot of beaches and boys, she finally agreed to move. They made their move to California in 1984 and settled in Modesto. Amanda remembers being disappointed because the beaches were so far away and not close as her father had stated. Amanda attended junior high and high school in Modesto.

Amanda was taught the value of hard work at a very young age. “I have never not had a job,” she said. When Amanda was younger, during summer, Amanda would go to work with her mother, where Amanda would help her mother file and organize documents. Whether it was at an accounting office or any other office job her mother had, Amanda always helped her in any way she could. Amanda said her mother was the one who taught her the importance of hard work. Amanda’s mother would say, “If you are not going to work, you aren’t getting anything for free.” Amanda said she admired her mother so much that she decided to take the same career path as her. Right out of high school, Amanda went to the local community college to become an accountant. Once her classes were complete, Amanda realized she did not want to be an accountant anymore because she hated dealing with all the numbers. Amanda came to realize she enjoyed accounts payable and receivables more. Around the time she was done with school, Amanda started working for the same company her mother worked for, AA Production Services, a natural gas company. Amanda had been working for them on and off, part-time since she was 16 years old.  Amanda started off as a data entry clerk, then she moved to accounts payable and receivables and then to payroll.

Amanda and her husband, Russell, first met as teenagers the day after she moved to California in 1984.  Amanda and Russell were so young and still had a lot to figure out so they went their separate ways but kept in touch because their families were very close and would have occasional gatherings. Amanda later married her first husband and had three children, but the marriage ended, and Amanda moved to Utah for a few years where she worked for a tech company debugging software. In 2001, Amanda returned to California for a visit with her ailing mother, and Amanda’s family threw her a surprise party where Russell was brought up in conversation. Amanda contacted Russell and they went out on a date and things finally fell into place for the two of them. Amanda moved back to California shortly thereafter.  Amanda and her husband, Russell, have been together for almost 15 years. They have no children together but they each have their children from their previous marriages and now have grandchildren.

Upon Amanda’s return to California, the owner of AA Production Services reached out to her and offered her a job. Amanda worked in the offices for a couple years and then decided she wanted to go back to school and become a surgical technician. Amanda returned to school and received her AA degree in Medical Sciences. Amanda worked for a local hospital as a surgical technician while at the same time, she continued to work for the natural gas company in their offices. If it wasn’t Amanda’s day to work at the hospital, she worked in the AA Production Services office doing accounts payable and receivables. After several years, Amanda stopped working to take care of her mom until she passed.

Russell, Amanda’s husband, recommended she apply for the opening for a Parts Clerk at Nor-Cal Beverage. Amanda thought it would be a good opportunity for her to be closer to home and she would also be able to spend more time with her family. Amanda has worked her way up at Nor-Cal over the past almost ten years. She started off as the Parts Clerk, then Parts Administrator, Maintenance Coordinator, Maintenance Scheduler and now Amanda is the Maintenance Planner in West Sacramento. Amanda uses her skills from her previous positions and applies them to what she does today. Amanda said one of the reasons she enjoys working at Nor-Cal is the family work environment. “In every department, everyone treats each other like family,” she said. Amanda said everyone knows each other very well and everyone is friendly.  “We all feel like we’re family because we spend more time with each other than with our families,” she said. Amanda also enjoys the fast-paced work environment. “It’s never the same thing every single day and it never gets boring,” she said.  Amanda enjoys being part of a team that plays an important role in the company. “If it wasn’t for Maintenance, it would be difficult for this place to run.” What Amanda likes the most about her department is that everyone is always willing to help.  People in Maintenance are not afraid to teach her mechanical things or take her to the floor and show her how to do certain things, “they are always willing to show you and teach you,” she said.

Amanda mentioned that her mother and her grandmother, who have passed, are the two people who inspired her the most. Amanda said they were both hardworking Texan women who would always encourage her to work hard then reaching her goals would be possible. In her free time, Amanda loves to spend time with her family and her pets. A fun fact about Amanda is that she actually wrote and recorded a rap song! 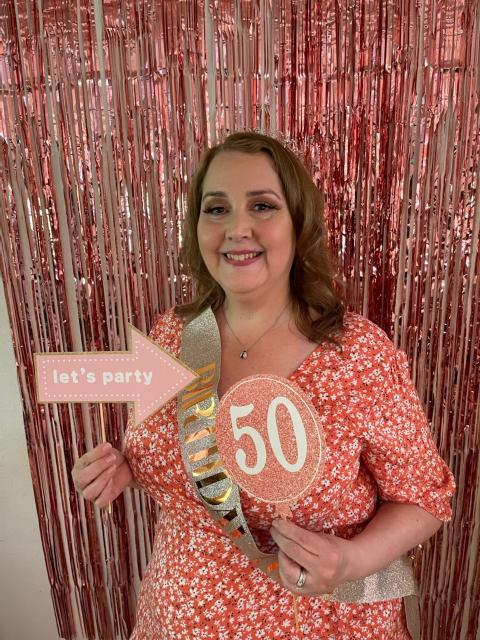 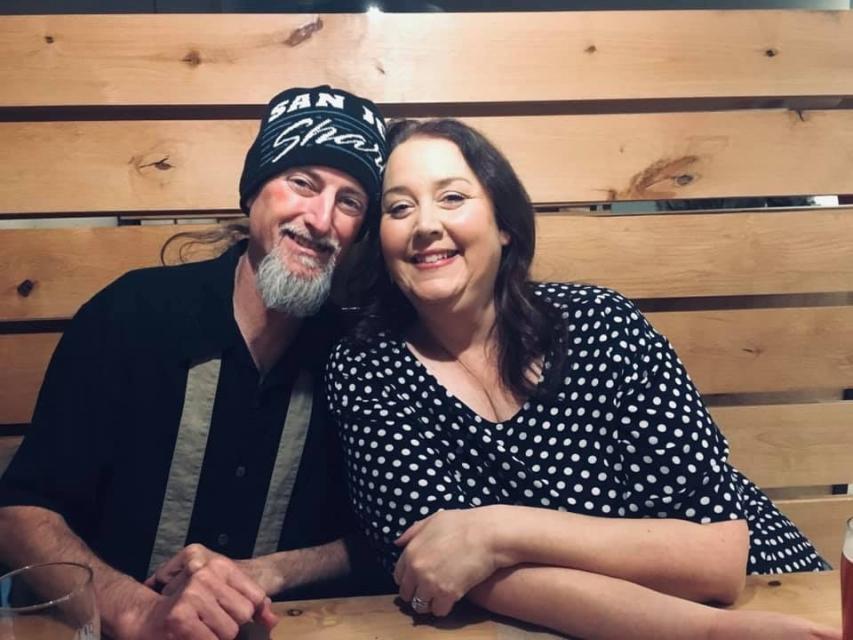 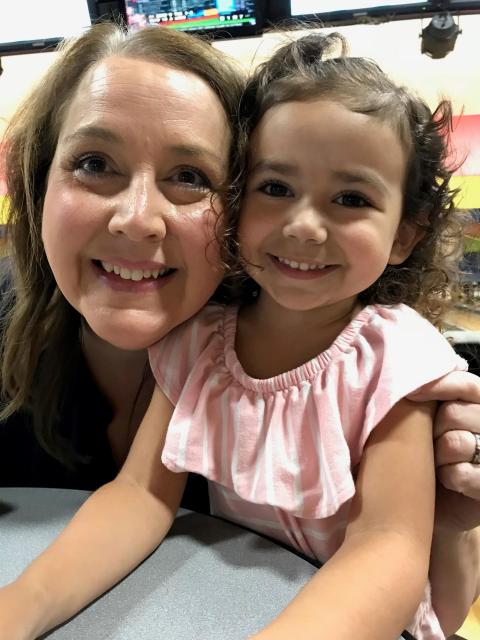 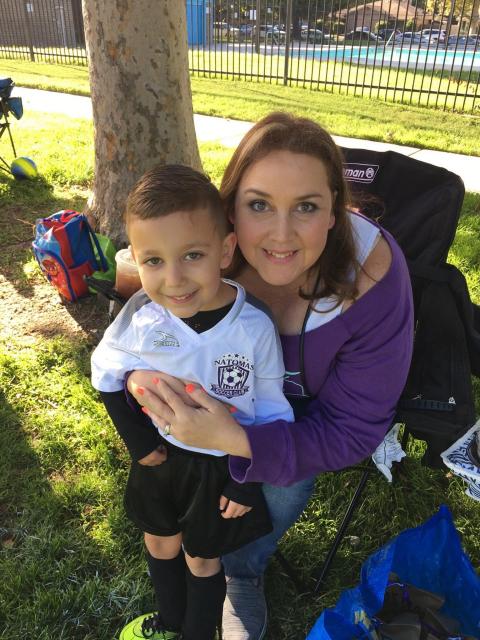 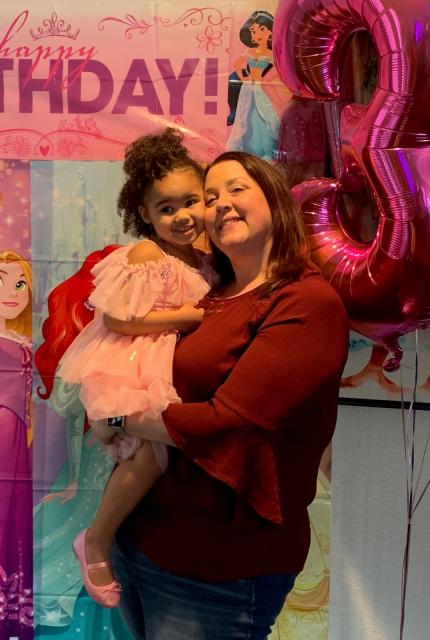