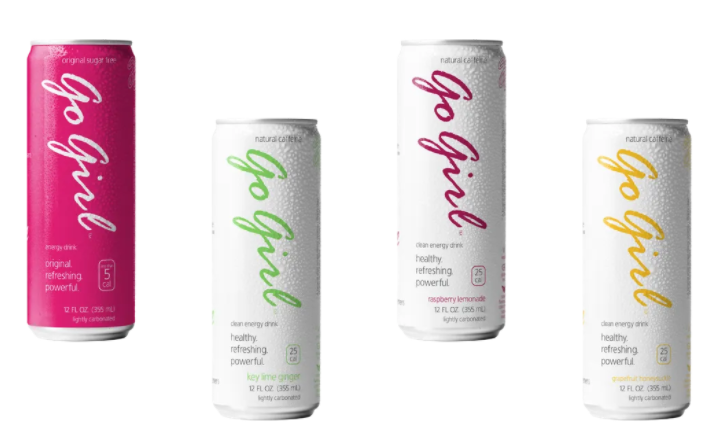 Two local beverage companies that recently merged have launched a new version of a well-known energy drink aimed at women.

Go Girl Energy has been around since 2005. The drink came from West Sacramento-based Nor-Cal Beverage Co., a bottling and distribution company. Designed for busy women with active lifestyles, the sugar-free energy drink is known for its pink cans.

Now, the new company has introduced a new incarnation of Go Girl, sold in white cans.

The packaging isn’t the only thing that’s changed. The new drink includes no taurine, an amino acid commonly found in energy drinks. Some studies have raised questions about the potential side effects of certain ingredients in energy drinks, including taurine.

Go Girl’s new incarnation comes in flavors such as key lime ginger, grapefruit honeysuckle and raspberry lemonade. The drinks have no artificial sugar or color. Caffeinated with green tea and coffee beans, the drinks have 4 grams of real cane sugar.

“My goal in creating this new formula and flavors was to shift an already popular brand to a more health-driven drink that better supports women’s bodies. Removing taurine, a synthetic testosterone, seems like a natural and obvious choice for the women we see as our customers,” said Payam Fardanesh, vice president of sales and innovation for Go Roads LLC, in a news release.

It appears the move is consistent with industry trends. Last year, the trade publication Beverage Industry reported that reduced sugar, along with organic and natural ingredients, “are bolstering the energy drinks category.”

“Contributing to steady growth, energy drinks are beginning to evolve in terms of ingredients, flavor and function, with several brands releasing lower-sugar, healthier options in slim cans, experts say,” according to the article.

Fardanesh expressed a similar sentiment. “It’s time for something innovative and more health conscious in this category, and that’s our goal,” he said in the news release.

The original sugar-free Go Girl drink, now in an updated pink can, is still sold across the Sacramento region.

The new, white cans of Go Girl will be available at 121 Raley’s and Bel Air locations, all Nugget Market stores and select Safeway stores in the Sacramento region.

Under the newly formed company, Go Girl is expected to support a variety of causes in multiple ways. The company expects to support organizations such as the American Cancer Society, Saint John’s Program for Real Change and the American Heart Association.

“Depending on the community partner, we will commit time, product, energy, monetary donations, create co-fundraising campaigns and specialized promotional partnerships,” said Ingrid Foster, vice president of business development and marketing, in an email.

One of the next steps for Go Roads LLC will be rereleasing Silk Road sodas, which is planned for 2021. Fardanesh launched Silk Road Soda in 2013. The company was known for its artisan craft sodas made with natural flavors and ingredients.