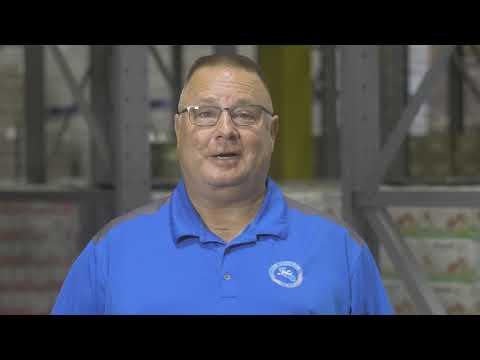 At Nor-Cal Beverage, new racks keep the fizz in the biz

As its bottling business boomed, beverage maker Nor Cal struggled with warehouse space constraints. High-density racks from Twinlode provided the room it needed to grow.

A high-density storage system allowed Nor-Cal to store palletloads of product without stacking them on top of one another. This protected delicate product.

Though it’s been in business for more than 80 years, Nor-Cal Beverage Co. hasn’t lost its fizz. Quite the contrary, in fact. The Sacramento, Calif.-based bottling company has grown from a small family operation that bottled about 25,000 cases of drinks per year to one that produces more than that number each day. Nor-Cal is now one of the largest independent beverage co-packers west of the Mississippi, bottling, co-packing, and distributing sodas, teas, juices, energy drinks, and sparkling water for the largest beverage makers in the world, including Coca-Cola and AriZona Beverages.

While that kind of growth is great for the bottom line, it can create problems in the back end of the operation. That was the case for Nor-Cal, which found its warehouse storage systems—which consisted largely of single drive-through racks—were no longer capable of supporting its rapid growth.

Rather than pick up and move to a larger site, Nor-Cal brought in Twinlode Corp., a supplier of high-density storage equipment, to overhaul its beverage storage racking system. The Twinlode project management team quickly designed a rack system that allowed Nor-Cal to store pallets without stacking them on top of each other. It also provided a way to handle two pallets at a time when moving them both in and out of the racks.

“Before working with Twinlode, we had three or four different warehouses that were very inefficient. We stacked pallets one or two high, sometimes three high depending on the product mix. We outgrew those warehouses very quickly because we didn’t have the racking capability,” said Shannon Deary Bell, Nor-Cal’s president and chief executive officer, in a statement. “The Twinlode team took our company’s products from being stored on the ground to a high-density double-wide advanced racking system that increased productivity by more than 50 percent, improved our storage density by more than 35 percent, and reduced wear and tear throughout our warehouse operation.”

The Twinlode solution features the company’s Gen2 dual-pallet system, which is designed for geographic areas with the potential for high seismic activity (which includes all of Nor-Cal Beverage’s warehouse locations). Its closed structural tube architecture provides cost savings by significantly lessening floor-slab uplift design requirements in all facilities. As an added plus, the racking system was designed to provide flexibility for expansion, moving, and reconfiguration at a much lower cost than would be incurred with conventional racking systems.

As for how the new racking system is working out, the bottler says it’s more than pleased with the results. Nor-Cal reports that it now enjoys maximum space utilization in all of its warehouse facilities while ensuring that its customers’ orders are fulfilled efficiently and on time.

Watch the video to look inside Nor-Cal’s distribution center and learn more about the project.