November 2022 – Carol Sheya A woman who does it all

Carol was born in the state of Illinois but grew up in Saratoga, California. Carol is the second youngest of 6 children. Carol enjoyed growing up in the bay area and has fond memories of her hometown. She graduated from Saratoga High School and attended West Valley College for two years. She then transferred to San Diego State University where she received a bachelor’s degree in Family Studies and Consumer Sciences.

While in college, Carol worked in retail. Carol worked for Macy’s in Sunnyvale, California for a couple of years. Carol then worked at Mervyn’s in Cupertino, California, in their Management Training Program. Carol was still in college when she met her husband, Eddie Sheya, whom she has been married to since 1986. The cost of living in the bay area was extremely high and the recently married couple was looking to relocate. They looked into the City of Sacramento where the cost of living was more affordable, and Carol’s husband would have more job opportunities. That same year, they decided to move to Sacramento and Carol transferred to the Mervyn’s Woodland location. A few months later, Carol was promoted to manager of the Woman’s Wear department and was transferred to the Rancho Cordova location. Carol worked for Mervyn’s retail stores for almost 5 years until 1990, when her oldest son, Cameron, was born. Carol decided to stop working and be a stay-at-home mom to take care of her baby. By 1992, Carol’s second child, Blake, was born, and she continued to dedicate her time to her boys for the next 4 years. Carol returned to the workforce in 1996, working part-time for an insurance company in El Dorado Hills as a receptionist for about two years.

When Carol left the insurance company in 1998, she saw an ad in the newspaper stating Nor-Cal Beverage was looking for a Human Resource Assistant. Carol had heard good things about the company from people she knew and decided to apply for the position. She was interviewed and hired for the position. Carol helped with employee orientation, parties, special events planning, and a myriad of other tasks. After a year in the Human Resources Assistant position, Carol was promoted to Benefits Manager. She was the Benefits Manager at Nor-Cal Beverage for almost 5 years. In 2005, Don Deary started the Senior Leadership Team and things began to really pick up for Don and the team. Don created a position for an Executive Assistant for himself and Shannon. They had Carol in mind when they created the new position and asked if she would be interested. Carol happily accepted the offer and has been in the position ever since.

Carol said she has enjoyed her almost 25 years working for Nor-Cal Beverage. Carol liked working closely with Don Deary. “I am thankful that I have gotten to know them as well as I have over the years and built those relationships, especially with Don”, she said. Carol was his assistant until his passing in 2018. “Don was a lot of fun and was a very unique person, there was no one like him, and it was an honor to work for him all of these years.”, she said. Carol also enjoys working closely with the employees and the Deary family. “I think the people and the family make this job special”, she said. Carol mentioned the position suits her well and offers everything she enjoys doing. She likes working with all the managers and the flexibility the job provides. Carol mentioned she is very happy with the company.

Aside from working, Carol is a fantastic cook and baker. The Nor-Cal Beverage corporate staff get to enjoy her delicious recipes often. Carol enjoys tennis, pickleball, and snow skiing. She used to play a lot of tennis before she worked at Nor-Cal but has since stopped. She likes traveling to tropical places with her husband. Both of Carol’s sons, Cameron and Blake, are now adults and work in the technology industry. Her oldest Cameron and wife, Nadia, are expecting, and Carol is beyond excited to be a grandmother soon.

This holiday season, we are thankful to all employees who are dedicated to the company, especially Carol Sheya. We value having employees like yourself who have given so many years of your career to the company. Thank you, Carol, for being supportive and helpful to all! We appreciate you very much! 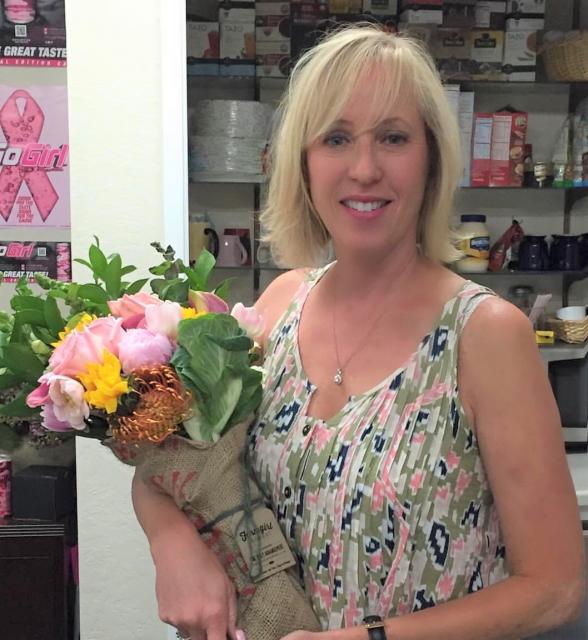