You might have seen Curt around the West Sacramento Production Facility always smiling and ready to give it his all in a day’s work. Curt has been with Nor-Cal for almost 26 years and we wanted to share his story with his co-workers and friends.

Curt was born and raised in a small town in Southern California. He became aware of his passion for aviation a few years into high school while discovering the story of Don Roberson and his missionary pilot work in the jungles of South America. Once he graduated High School, Curt attended a Christian college in the San Diego and started their Missionary Aviation program. After 5 years of hard work and dedication, in the Spring of 1979, he earned a Bachelor of Science in Missionary Aviation along with a Private Pilot license, Instrument and Commercial Rating license and Aircraft Airframe and Powerplant Mechanics license.  Six months after graduating, he married and moved to a small farming town in central California near the coast. Once he settled in, he started working as an Aircraft Mechanic and then started a family.

After the cruel recession in the early 80s, his job as an airplane mechanic was cut back and he found himself working on cars, trucks, tractors, and other forms of maintenance to help make ends meet. During this time, he was offered a job at a crop-dusting company on the field and worked on planes, trucks, equipment and loading airplanes. After a few months of working for the company, Curt was involved in a horrific plane crash that almost cost him his life. Doctors were astonished as he miraculously recovered in only 4 weeks from the incident. “After that, flying became questionable”, he said. He wanted to stay away from the skies for a while.

He then decided to go a different route in his career. He found Nor-Cal Beverage in 1995 and joined the team as an Aseptic Mechanic. He recalled that when he first started working for Nor-Cal, there were not a lot of people in his department and remembered the machines being outdated. “When I first started, the machines were fairly old and I went off to learn how to fix them”, he said. He learned everything he needed to know about fixing these machines in a short period of time. He attended a manufacturers school in Texas where he learned two different sets of fillers and equipment operations. Over the years, Curt has learned how to fix and maintain four generations of machinery and equipment while working at Nor-Cal. He mentioned that one of the things he loves about his job is getting to learn new things constantly and seeing the effectiveness of the work performed by his repairs. “What inspires me is the satisfaction of having everything work properly and knowing that there is a need to do it properly”, he said. Curt has also been involved in helping other departments including the Can and Bottling lines.

Curt, like numerous employees, has been with Nor-Cal for more than 20 years. “I think that a lot of people have been here for a while because of the environment and the company treats everyone who works here right, it is also a job that is steady and secure and most importantly, you learn how to do your job properly”, he said. Curt also mentioned his coworkers are extremely talented and everything they do, they do well. He said it is very rewarding to see his co-workers follow directions better than what he trained them to do. Sharing his tips and strategies are what makes for such a strong team. “With airplanes and our machines here, we have to make sure we do them right because it can have an effect on multiple people and the quality of the products we are producing. It needs to be done 100% right”, he said.  Even though he doesn’t work on airplanes for a living anymore, there are similarities to what he does now and he enjoys every minute of it.

Over the years, Curt was unable stay away from airplanes for too long and still does maintenance and flies every now and then. His love for aviation transcended to his family, in particular to his granddaughter Joslynn. For about two and a half years, Curt has taught her all there is to learn about airplane mechanics. “She loves it, she loves working with her hands, loves learning how things work, and it is very similar to how I felt when I first started working on airplanes”, he said.  Curt also mentioned that her plan is to obtain her pilots license and he couldn’t be more proud. “She is my partner in grime”, he said.

Our Nor-Cal Beverage team has so many incredible and resourceful people like Curt. They work and share a lot of moments together and are all part of one big family. “When you work with the same people this long, there isn’t a whole lot that they don’t know about you, they are like family”, he said. Curt’s passion for machinery and dedication are what makes our Maintenance team one of the best! 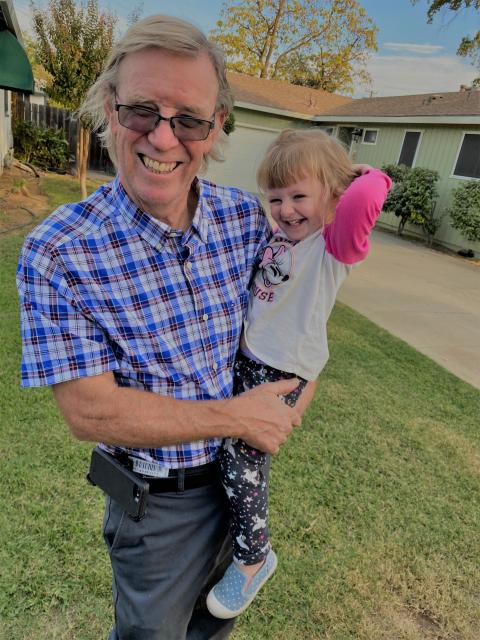 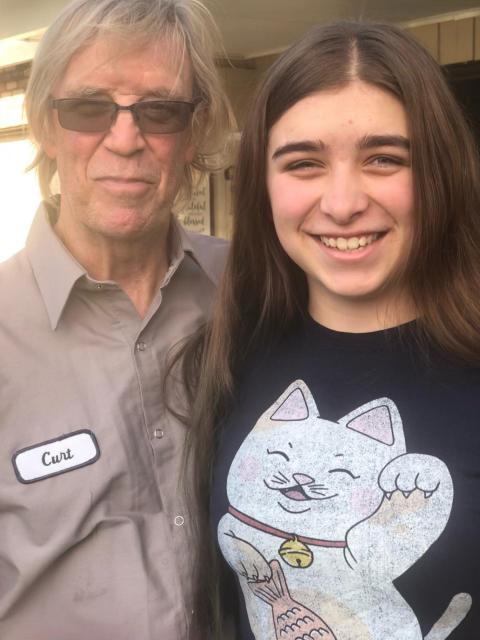