Mike Nava has been dedicated to his work his entire life. He has worked continuously to achieve his goals all while helping his team improve in any way he can. At Nor-Cal Beverage, he is a great example of a driven and helpful leader. As one of the few employees who has been with Nor-Cal Beverage for more than 30 years, we wanted to share Mike’s story with his co-workers and friends.

Mike Nava grew up in a small low-income neighborhood in South Sacramento. His family struggled financially. At a very young age, Mike was determined to make a better life for himself. He learned from his father that he had to work hard to get what he wanted. Mike attended Luther Burbank High School. While in school, he worked as an intern for a local lumber yard as a student aide. After high school, Mike decided to move out on his own. He attended the local city college and took general education classes. At the same time, Mike worked as a dishwasher for the Mansion Inn, Claremont Club & Spa. He was in college for two years when he decided to stop and focus on work.

Mike began working for a local chrome plating company where he became a chrome plater for cars, particularly low-riders. He enjoyed his job, but it was a lot of hard work and long hours. He worked there for 3 years when he decided to look for a better opportunity. In 1986, one of Mike’s family members told him about Nor-Cal Beverage. Mike researched Nor-Cal and found out the pay was better, the jobs available were exciting and he was interested in the line of work. He decided to apply and was hired shortly after. Mike started off on the Bottle Line. “I remember doing 6 packs and 8 packs of beverages, the lines would move a lot slower than today”, he said. Back in 1986, there were only two lines, the Bottle Line, and the Can Line. The juice line was just starting up. Mike worked on the graveyard shift for the Can Line for 5 years. During his time, he moved around the facility and did everything from Production Operator to Blender. Mike eventually moved to Aseptic and was there for 10 years. There were many changes happening in the plant including the installation of a Pouch Juice Line. During that time, Mike was promoted to Production Supervisor and has remained in the position for the last 20 years.

Mike continues to work for Nor-Cal Beverage because he likes it. “Working here is exciting, crazy but I like it”, he said. The production area has a positive work environment, and he enjoys coming in to work every day. Over the years, there have been a lot of changes, and the plant has gone through a complete transformation, but Mike said there is never a dull moment. “There are not many of us left who started 30 years ago, but we are still here over 30 years later”, he said. Everyone on the Production team helps each other. Mike always encourages the new hires. “Seeing new people come in and watching them grow, learn and get better, it’s nice to know that you contributed to that”, he said. Mike also mentioned he has a lot of role models at Nor-Cal Beverage. “I have many people who have helped me learn this job and become better at it”. Mike said that it includes every supervisor and manager, overall, they have a great team.

Mike has one son, Brandon. Brandon served in the military and is currently in school. Mike admires his son for serving our country and for all that he has done with his life. Mike credits his father with teaching him important skills and life lessons. “My dad taught me everything, on how to work on anything, to be a Jack of all trades and to work hard for my goals”, he said. Mike plans on retiring in a few years and hopes to continue to stay working for Nor-Cal Beverage until that day comes.

In his free time, Mike enjoys traveling either to the beach or Las Vegas. He loves to gamble and go to casinos to unwind and relax. He loves to get away and visit new places whenever he gets the opportunity to do so. He also enjoys going to Mexico to visit his family from time to time.

Nor-Cal Beverage is grateful to have dedicated leaders, like Mike Nava who have worked so hard to help our company succeed. More than 30 years of hard work is no easy task. Thank you for your continued support and for being an encouraging and helpful leader. 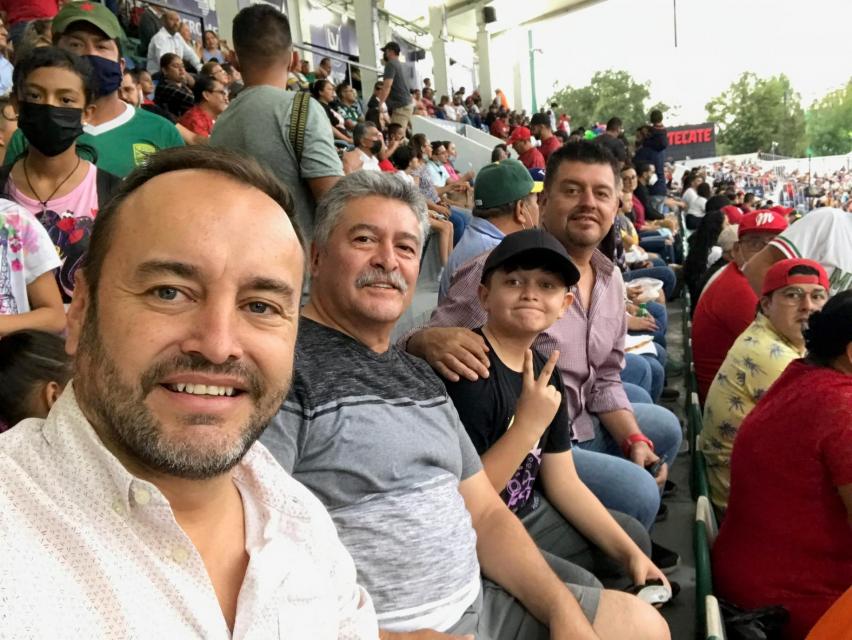