If there is an issue with anything in our production facility, corporate offices or distribution centers-Don Pope is the man to call! Don can fix everything and anything and is always happy to help. Don is also a loving father of 3 and a supportive husband to his wife of 27 years, Annette. As one of the few employees who has been with Nor-Cal for more than 26 years, we are excited to share his journey with his friends and co-workers.

Don was born and raised in Rock Island, Illinois and lived there until he was 13 years old. His family then moved to Huntsville, Arkansas. The town was very small with a population of 1,200, something Don was unfamiliar with. The area was rural and his family lived on the outskirts of town. They later moved to Marble, Arkansas which was an even smaller town with only 13 people living in the community. Don remembers the town was a few miles away from school and the bus ride would take him an hour and a half every day. He graduated from High School in Huntsville, Arkansas and attended college in Clarksville, Arkansas for a short period of time. Once Don graduated, he started working for Butterball. Don was very dedicated and moved up in the company quickly. He eventually became the lead for packaging, shipping and receiving, and transportation. Don was in this role for 11 years.

Around the same time, Don met his wife, Annette. Don remembers on their first date, they went to Eureka Springs, Arkansas. “I asked her out on a date, it was pouring rain and we ran towards a covered theater and talked for hours”. Don mentioned it was an unforgettable place. Ten years later, they were married in that same theater. Annette was originally from Sacramento, and she missed her family so eventually they decided to make the big move to California. Annette moved to Sacramento first and stayed with her mother while Don waited a couple months to settle some financial responsibilities before joining her to their new hometown.

When Don first arrived in 1994, he went to a temporary agency to look for a job. The agency sent him to Nor-Cal Beverage. He worked as a temp for only 3 days before Jim Bieber offered him a job. He worked with the Aseptic Team for a little over 90 days before he became the lead for his department. Don was the lead for the Aseptic Team for the majority of his career at Nor-Cal Beverage. In the beginning of his career with Nor-Cal, Don recalls working and familiarizing himself with numerous members of the Deary family. Don even had the opportunity to work alongside Don Deary, our former President and CEO, on the production line. “Don Deary worked on the machines and that’s how I got to know him. At first I didn’t even know I was working with one of the owners,” Don said. Don also remembered Tyler Deary, our Strategic Account Manager, when he was young and would visit the facility every now and then to see his father, Tim Deary. “I met almost everyone in the Deary family when they were young, we were all young when we all started,” Don reminisced.  Don has been with Nor-Cal for more than 26 years and said he has enjoyed every moment of it. Don feels Nor-Cal is a wonderful company to work at. He did not expect to find a job that would turn into a career and one he would enjoy so much. Don transitioned from the Lead of the Aseptic Team to Nor-Cal’s Facilities Maintenance Supervisor almost three years ago.

Don said he enjoys being a lead or supervisor. “I like staying busy, I like helping people out and putting my best foot forward,” Don said. He also enjoys training people.  Training is one of his favorite things to do. Don’s patience and dedication are noticeable among his team, and they all work just as hard as he does. Don’s team is Facilities Maintenance, but they all understand their job and priority is Nor-Cal and whatever anyone needs, they are there to help. “My team understand that it’s whatever it takes,” Don said. He also said it is rewarding to know “that’s not my job” never gets said in his department. Everyone in his team is good at asking for direction, all work together to support each other and all try to be helpful. “If we have a meeting, everyone has a say and contributes to find a solution and work as a team,” Don said. Don always tries to be as approachable as possible and if people on his team have any questions or concerns, he always tries to answer or help them with any issue they may have. “Supporting my team is what makes us successful”, Don said.

Over the years, Don has built plenty of great relationships with his co-workers. “Working with some of the people who have been here a long time, is amazing like Jim Bieber, Mike Nava, Leo Dominguez to name a few, since we all started together,” Don said.  He mentioned he treats his co-workers like family because they have worked together for such a long time. Don said there are a few of them who inspire him and whom he feels have gone above and beyond in everything they do. One of them is none other than Don Deary. “He never quit and was always a real genuinely good person,” Don said. Don said Tyler Deary is another person who he admires. “Tyler is so young and has a lot of knowledge, cares a lot about doing the right thing and is always pushing himself to be a better person, whatever goal he sets, he achieves and that’s really admirable,” Don said. He holds a great deal of respect for Jim Bieber and former Nor-Cal employee David Pettit. “They are both dedicated and overall great managers,” Don said.

When he is not working, Don enjoys spending time with his family and wife. He is grateful for all the opportunities Nor-Cal has provided to him. “We have been successful and happy and a lot of that has to do with Nor-Cal supporting my family. What we have is because of No-Cal,” Don said. Don has three kids, his daughter Hailey and sons Jessie, and Emmanuel. “All of them are wonderful and are doing great,” Don said. His daughter Hailey went to college on a soccer scholarship, his son Emmanuel received an Information Technology Scholarship for a school in Colorado. His oldest Jessie went into the Army and did tours in Germany, Africa, Iraq and now he works at the US Postal Service in Sacramento. He also has four grand kids: Sebastian, Skyla, Aiden, and Blake. “The most important thing to me is my family and spending time with them,” Don said. Don likes to collect hammers; he has a big collection.  He spends a lot of his time researching to find the best and most unique ones.

We are lucky to have an employee as talented as Don Pope. We hope we continue to grow together and support each other as much as Don supports his team and the Nor-Cal Beverage Family. Thank you for your hard work and dedication! 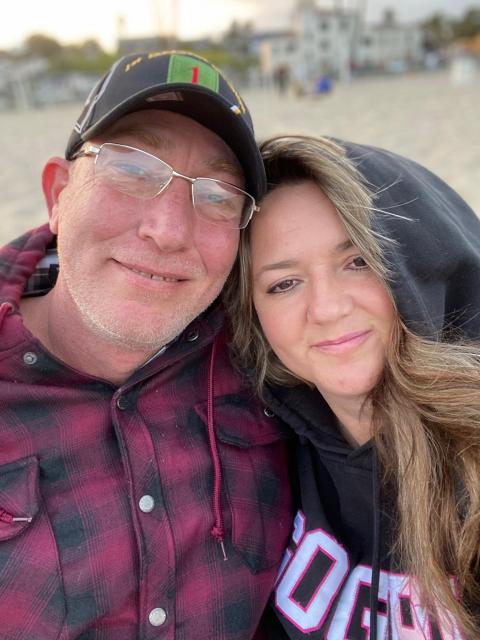 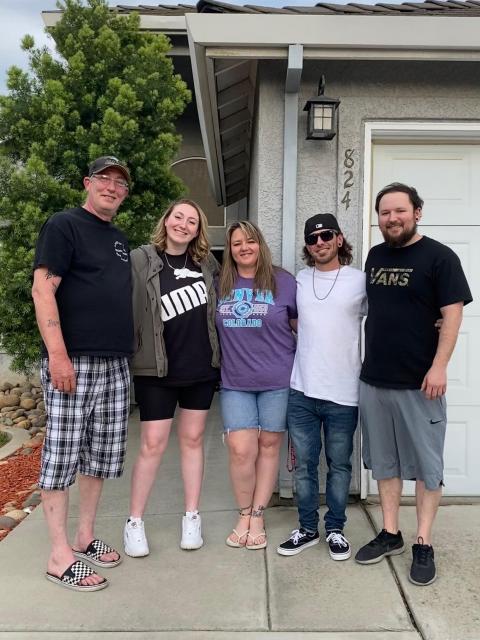