March 2022 – Tim Wilbanks A man with a gift for negotiation

Tim Wilbanks has always had a knack for sales and negotiations. He is driven, persuasive, and an overall outstanding leader when it comes to his career and what he does for Nor-Cal Beverage. Tim is one of the employees who have been with the company for more than 30 years. As part of our March monthly employee feature as well as Tim’s birthday month, we wanted to share his journey with his co-workers and friends.

Tim grew up in Placerville, California to a family of six. He attended El Dorado High School and graduated in 1982. Tim started his college career after finishing high school but chose not to continue college because it was not a good fit for him. As a young adult, Tim learned a lot of his skills from his father. Tim’s father would do carpentry work, general maintenance, and other skilled trade work. Tim would find time to help his dad or shadow him whenever he could. From his teenage years up until early adulthood, Tim worked as a seasonal employee for Sutter Basin Growers Co-Op and would have to commute an hour from his home. After a few years of working for the company, Tim decided to start looking for a job closer to home to lessen his commute.

Tim applied at Nor-Cal Beverage in the Diamond Springs location for a general position because he wanted to get hired as soon as possible. Tim recalled when he applied, he hand-delivered his application, and management told him they would get back to him soon. Tim was very persistent and called the location for five days straight until management called him back. During that time, Nor-Cal Beverage was getting ready to expand into the full line vending business and needed someone for the Diamond Springs location. Tim accepted the job as the sales and route person for the branch.

Nor-Cal Beverage had vending in the greater Sacramento area, but it was not established in the El Dorado County area. The Diamond Springs location did not have routes established and it was Tim’s job to get that started for the branch. For the first couple of months, Tim did beverage and beer merchandising to get routes in place. That entailed working at all the chain stores on weekends and it was something that Tim did not like. The business expanded quickly, and Tim sold to many locations. In 4 months, he managed to have a fully built route for the branch. Tim was able to then get out of beverage and beer merchandising and focus only on vending and sales which is what he originally wanted to do for the company. During that time, the business multiplied, and the branch had enough business to start a route 7 days a week. “I used to have a little tiny van where I would unload products and it was also used for special deliveries for the routes,” Tim said. Tim sold to multiple places including high schools, lumber companies, and other businesses. “I put my best foot forward and it paid off,” he said. In the first 15 months, Tim had two and a half routes established for the branch. This entailed everything from getting the equipment, to the installation and servicing for the businesses. “As a salesperson, I had to do all of it,” Tim said. Tim would run the routes and sell at the same time. For the first few years, Tim was the most profitable branch for Nor-Cal Beverage when it came to vending. Tim worked in the Diamond Springs branch for about 8 years until he moved locations.

By 1998, the branch manager position for the Stockton branch opened and Tim went for an interview. He interviewed with Shannon Deary-Bell, who was the Branch Manager with the soda division at the time. This was the first time Tim was officially introduced to Shannon. “When the interview was done, we hit it off, and she said yes, you’re my guy!” Tim recalled. Tim then transferred and took the new role as the Branch Manager for the Stockton branch. At the time, it was the largest vending branch for Nor-Cal Beverage and had more routes per capita than any other branch. Tim quickly grew the branch and added eight routes in the first three years. Tim recalls one of the highlights of working in the Stockton branch was when they gained the Foster Farms account. “We worked very diligently on the Foster Farm’s account which had over 5,000 employees,” he said. It took them 6 months to sell the account and it was a long process. “We put 242 pieces of vending equipment in that account, and it took us three and a half months to install the equipment,” Tim recalled. This account was the first million-dollar account and was highlighted throughout the company. After getting the Foster Farms account, Shannon asked Tim if he could take over the whole vending operations for the company. Tim agreed and moved to the corporate office. Tim continued to manage all vending operations until the end of 2008 when the company divested out of the vending business because of the economic downturn. It took Tim and others on the team almost 7 months to close the vending division. Tim took over selling the existing business, getting everyone transitioned to their new jobs, getting all the equipment moved over among other things. “It was a lot of work but through that process, we still kept every single employee,” he said.

At the beginning of 2009, Nor-Cal Beverage did not have a procurement department. Shannon decided she wasn’t going to let Tim go so she created the Procurement Manager position specifically for Tim. Tim was good at negotiating and Shannon believed it was a need that the company had but Don Deary, former CEO, wasn’t too convinced. Tim worked hard the first year and his efforts paid off. Tim managed to save the company around 1.6 million dollars through negotiations for parts and materials. Tim then went back into Don’s office to share his results. “I went to Don’s office and jokingly told him, yes, that procurement position wasn’t worth it right and he laughed,” Tim said. Currently, Tim oversees all parts management for all divisions and negotiations for contracts and purchases.

Tim said the company and the Deary family have always been good to him, and they are the reason why he continues to work for the company. “When I moved to corporate, it allowed me to grow my relationship with the family directly, and you gain the family’s trust and they reward you with opportunities and open doors to whatever you want to do,” he said. Tim also said that at Nor-Cal Beverage, hard work pays off.  “I have told every employee that I have ever hired that you will get exactly out of this company what you put in and it has held true today,” he said. Tim mentioned his department has its challenges, but he could not ask for a better team. “I have a great team, that works well with me, I would not be able to do everything that I do today without my team,” Tim said. When it comes to organization and accuracy, the Procurement team places on top. For the past few years, they have managed to score 99% accuracy when audited by a third party.

Besides being dedicated to his team, Tim also does philanthropy work on behalf of Nor-Cal Beverage. Each year, Tim hosts and assembles a golf tournament and other events, and all proceeds go to the American Heart Association. In the last 8 years, he has raised over $400,000 for the non-profit organizations. Regarding his family, Tim has 2 stepchildren and is happily married to his wife, Annette, who is a former Nor-Cal Beverage employee. They have been married for 15 years and met when she worked for the company.  In his free time, Tim likes gardening and working on his house. Tim mentioned he built his house from the ground up and loves to dedicate most of his time to taking care of it. Tim and his wife also love to travel and have been to numerous countries. Their favorite place to visit is Hawaii, and they try to go as often as possible.

Nor-Cal Beverage is thankful for all the hard-working years Tim Wilbanks has given the company. He continues to stand out and negotiate his way to better options for the company and we are extremely grateful for all his efforts. Thank you, Tim, and Happy Birthday! 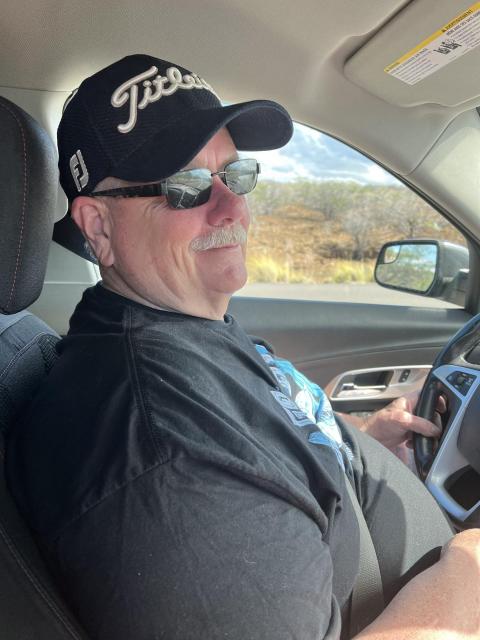 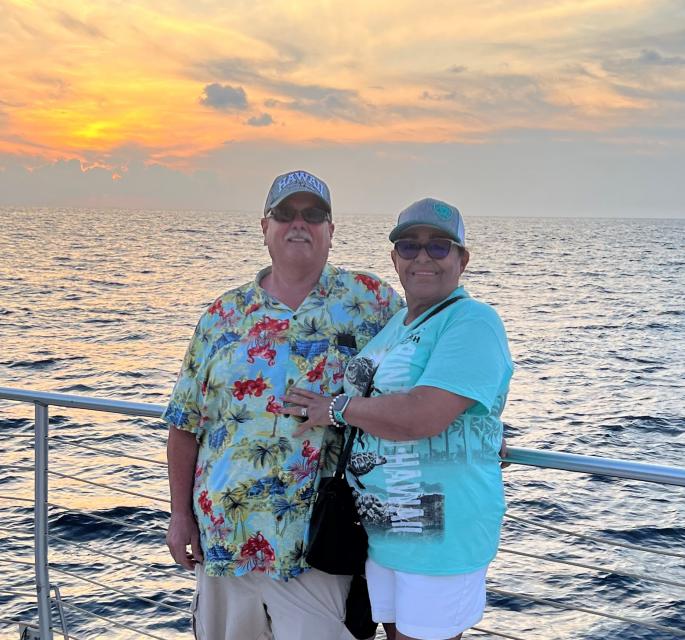 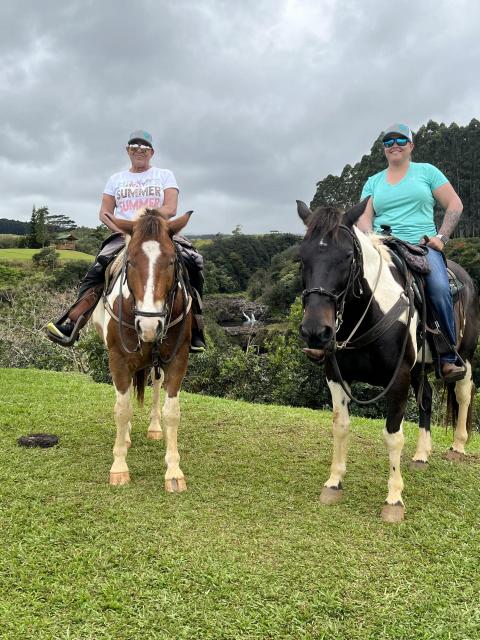 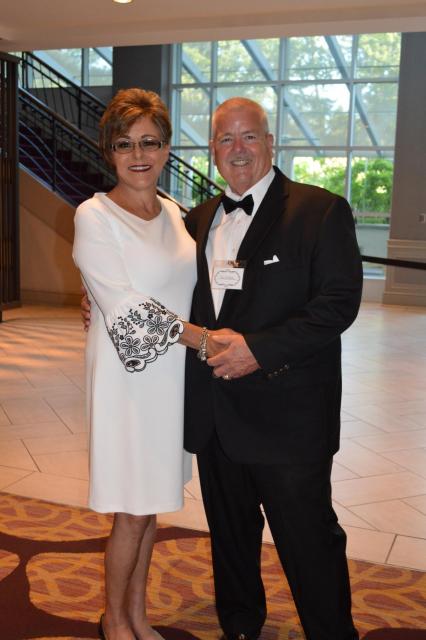