May 2021 – Martha Pena A woman with determination

Martha Pena is one of seventeen employees in the Anaheim facility who are still working at Nor-Cal Beverage since we purchased the facility in 1999. As a hardworking mother of 4, Martha’s inspiring story showcases women like her who continue to inspire the world through their hard work and dedication. Martha wanted to share her journey with her friends and co-workers.

Martha was born in Mexico to a modest family. She grew up with 5 siblings: 3 brothers and 2 sisters. As a young adult, Martha was focused and determined to achieve her dreams. Martha wanted to create a better life for herself and her family. With hopes in making that possible, Martha immigrated to the United States in the early 1980s. When Martha first arrived, she had to overcome numerous challenges including the language barrier and cultural differences, among others. With time, Martha became accustomed to the new environment and started a family. In 1985, Martha married and had her first 3 children.

Raising her children in a different country was difficult but Martha did her best to make sure they were supported and had the resources to be successful. They were taught the importance of hard work, responsibility, and determination. Today, Martha’s oldest son has a degree from UC Riverside and works for a local police department, her second son also graduated from UC Riverside with a bachelor’s degree in computers and neuroscience and her daughter graduated from Sacramento State University with a biology degree. Martha said she feels very proud of them and their achievements. After 22 years of marriage, Martha’s marital situation changed and almost a decade later, she met her youngest son’s father, Mauricio, at Nor-Cal Beverage. Martha and Mauricio were very happy, but tragically, Mauricio passed away 3 years ago. Martha said she always remembers Mauricio with happiness. Martha’s youngest son, Brandon, is now 10 years old.

Before joining Nor-Cal Beverage, Martha had a few years of experience in the beverage industry. Martha worked for Coca-Cola’s food division for 5 years until they transitioned to Whitlock. Martha was with them for 3 years then joined Nor-Cal Beverage in 1999. Martha has had various job responsibilities while working for Nor-Cal. Martha started off as a Machine Operator, eventually moving to Filler Operator, then Blend Technician to name a few. Martha is now in Inventory Control and enjoys what she is doing. “I love my job and I appreciate Nor-Cal for giving me the opportunity to be here”, Martha said. Martha is responsible for all materials coming in and out of the warehouse. Martha mentioned that her job is always very busy but she enjoys it. “I am available 24 hours a day because of how busy it gets”, Martha stated.  Martha mostly works independently but assists everyone in the warehouse, finished goods and other departments. “If anyone needs me, I am always there”, Martha said. No matter what area Martha is in, she loves what she does. Martha feels Nor-Cal gives her job security, good pay, great benefits, and the liberty of doing what she loves. “Being here makes me very happy!”, Martha said.

Being hardworking and dedicated comes naturally to Martha. Martha mentioned she gets her drive from her father. “My father inspires me”, Martha said.  Martha’s dad started from nothing, picking grapes in elementary school, to becoming a manager of a local place in Mexico. “He was very hardworking and had control of his job, always available and responsible, he was the person that everyone trusted and looked up to in his job and he was very loyal”. Martha respects and admires people who are like him and she always strives to be as great as her father. Martha also mentioned that Shannon, our CEO, also inspires her. “She is very hardworking, she is like wonder woman”. Martha said Shannon is very supportive and is incredible at what she does. “To be a woman and be as successful and dedicated as she is, is challenging and she’s doing it!”. Martha also appreciates everything Shannon does for the employees and she feels proud to belong to a company with Shannon as their leader.

In her free time, Martha likes to take care of her house, maintain her backyard, and spend time with her youngest son Brandon. Martha mentioned that sometimes she has to drag him out to watch a movie or go out to dinner. “He is more like me, a very homebody type of person,” Martha said.  Martha also likes to spend time with her grandson who visits her every other week.

Nor-Cal Beverage is lucky to have powerful, smart, and dedicated women like Martha. She is not only a great mother but a valued employee. The company would not be where it is at today if not for these powerful women! 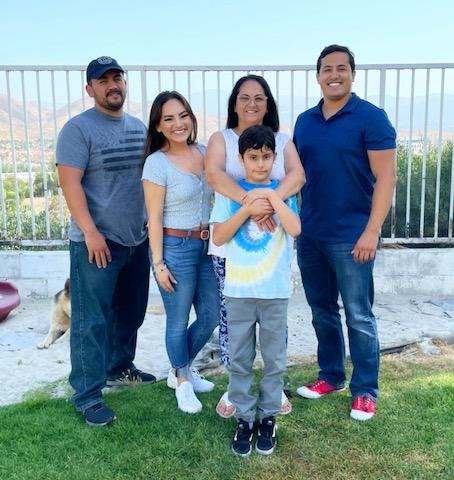 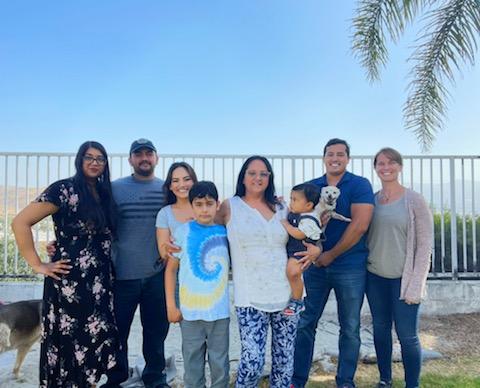