September 2021 – Pete Grego A man devoted to his work

Pete Grego has been devoted to his work all his life. He is goal oriented, committed and overall exceptional when it comes to his career and what he does for Nor-Cal Beverage. Pete has been part of the Nor-Cal Beverage family for 23 years. As one of the employees who have been with Nor-Cal for more than 20 years, Pete wanted to share his story with friends and family.

Pete was born and raised in East Sacramento.  As a child, he played little league baseball and went to Kit Carson Middle School. Pete then attended Christian Brothers High School where he graduated in 1978. During high school, Pete’s father passed away which brought on financial challenges for the family.  After high school, Pete worked for a retail grocery business called Corti Brothers Market in East Sacramento and continued his education at Sacramento City College. With the financial struggles at home, after attending Sacramento City College part-time for 3 years, Pete put his studies on hold and moved into a full-time position with Corti Brothers Market. Pete worked his way up and quickly became the head clerk.

At the time, Pete had an interest in wholesale distribution and changed his career path towards the industry. Pete chose to pursue a position in beer distribution and joined Markstein Beverage Company. Pete worked for Markstein for a few years. In 1991, Pete and his wife, Karen, decided to pursue their dream of opening their own business. Pete’s friends, who had a franchise business called Mailboxes Etc., gave them tips on how to make that dream possible. Pete’s friends encouraged them to open a store in a location where the services were needed the most. Pete and Karen decided it was something they wanted to pursue so they moved to Southern Colorado in pursuit of that dream. They opened a mail and packing store and were successful for a few years. Due to health issues created by living in a high-altitude area, Pete and Karen sold the business and moved back to California in 1994.

Upon their return from Colorado, Pete was recruited by Miller Operation Bell Distributing. In 1998, Pete was hired by Nor-Cal Beverage. Pete was assigned to the Stockton sales branch working under Shannon Deary-Bell, who was the Branch Manager at the time. When Pete first started, union contract renewal negotiations were underway, and the employees voted to take a strike vote. Subsequently, a labor strike ensued. After the strike was over, the employees decided to decertify, and become part of the Nor-Cal Beverage Co., Inc Employees’ Union. At this transition within the Company, Pete was promoted to the Branch Manager role and Shannon was promoted to CEO. Nor-Cal then decided to strategically move towards consolidation of their operations. Pete played a huge part in the transition. Nor-Cal had locations in Merced, Diamond Springs, Loomis, Vacaville, and West Sacramento.  Pete was responsible for consolidating the Company’s soft drink sales branches. Nor-Cal consolidated into one facility with centralized distribution. Pete was the one in charge of putting the consolidation plan together. Following the consolidation, Pete assumed the role of General Manager and was responsible for pulling the entire sales organization together for the entire territorial footprint. In 2005, Nor-Cal looked at where the overall soft drink beverage category was in relation to the use of high fructose corn syrup as an ingredient. At the time, the industry was heavily criticized due to high sugar content. The Company made a strategic decision to sell the franchise rights. Pete along with others, was responsible for putting together the plan to prepare the organization for sale. After the sale of the soda business , Nor-Cal took the profit and used it to rebuild the West Sacramento plant. “It’s been quite an adventure, we have gone through a lot of change and not only here at Nor-Cal but the marketplace as a whole,” Pete said. By 2007, Pete was promoted to the Director of Contract Manufacturing and Sales. In addition to all his contributions to the company, Pete has also been the lead or assisted with the on-boarding of numerous beverage companies including Monster Energy Drink, ARIZONA Beverage Company, and BodyArmor among others.

Pete enjoys working for Nor-Cal because of the passionate people he works with and their commitment to the company. Pete said his sales team makes sure they take care of the customer and do what’s right for customer, the Company and the people who work here. “It’s very challenging, no one day is the same, but my team gets through it,” Pete said. Pete mentioned he gets inspired by looking for opportunity and finding new prospects. Pete also mentioned that Shannon is a person who inspires him. “I’ve worked alongside Shannon for a long time.  When you spend a lot of time together, you learn a lot about each other and can understand each other.” Another thing that inspires Pete, is car racing. It is one of his passions. Pete and his son enjoy watching the teamwork and organization of professional race teams. “They are very methodical, they follow a precise process, and it leads to good results.  I’ve been inspired by that.”

In his personal life, Pete and his wife, Karen, married in 1985 and have been together for 36 years. They met while working together at Markstein Beverage Company. Pete’s wife was the Administrative Services Manager, and he was in Sales. Pete mentioned that at the time, they were both recently divorced and hit it off right away. Pete has a stepson who is a very accomplished young man, he is a level 5 certified welder and currently works in the field. Besides going to car races with his son, Pete enjoys recreational activities, going camping and riding his ATV.  Not many are as hard working and dedicated as Pete Grego. He has played a huge role in Nor-Cal’s success thus far and Nor-Cal is extremely grateful to have him be part of the team for so many years! 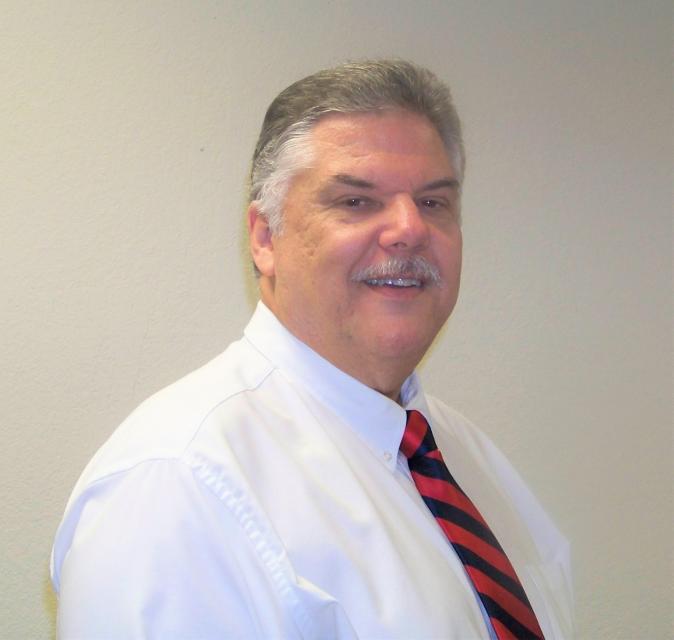