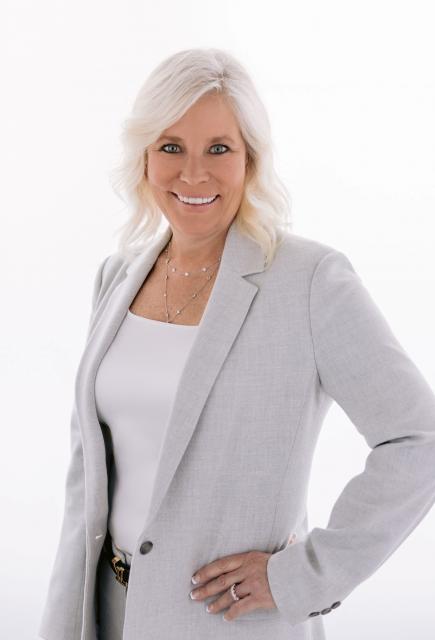 Born and raised in Sacramento, Shannon went to St. Francis High School, graduating in 1985 and subsequently attended the University of Southern California, where she played on the USC Women’s Golf Team and an active Kappa Alpha Theta member.  After graduating in 1989 with a degree in Public Administration, she got a job as the Membership Director for La Canada Flintridge Country Club, mainly focusing on membership sales.  Within two years she had sold out the membership and decided to move back to Sacramento and begin working for her family business, the Nor-Cal Beverage Company.

At that time, Nor Cal Beverage was primarily a manufacturer and distributor of carbonated soft drinks, as well as a beer distributor and had a food service division and a full line vending business.  Shannon started in the food service division, selling fountain equipment, convenience store appliances, and restaurant kitchen equipment.  Two years later she transitioned into the vending division, working as a buyer and salesperson, eventually becoming the Assistant Manager of the Sacramento Vending Department.  She requested to be transferred to Nor-Cal’s troubled Stockton facility to take over the vending responsibilities there, and within five years was named as Branch Manager, overseeing the carbonated soft drink distribution division and the vending division.  In 1998, the Stockton Teamsters went on strike, and Shannon led the negotiations that were highly contentious and often dangerous.  Undeterred, she ultimately convinced her employees to vote out the Teamsters and join the Nor-Cal Beverage Employees’ Union.

In 2000, Shannon moved back to the Sacramento corporate office and began concentrating on the manufacturing side of the business.  In 2001 she became the Vice President of Operations, and as such was responsible for the daily operations of Nor-Cal’s manufacturing facilities in both West Sacramento and Anaheim.  By 2007, it was becoming clear to Nor-Cal Beverage’s leadership group that the carbonated soft drinks division, which was basically the heart and soul of the company for its 70 years of existence, was no longer viable.  They made the difficult decision to sell off the division and re-invest the proceeds into their manufacturing plants to position themselves as primarily a contract packaging operation.  It was during this time that Shannon set off on a cross country tour to literally cold call on various international beverage companies to find drinks to produce on their new and improved bottling and canning lines.  In less than a year Nor-Cal Beverage went from never having produced more than 20 million cases of product a year to having contracts to produce more than 50 million cases of various beverages a year.

Shannon was named President and CEO of Nor-Cal Beverage in 2010.  Although the contract packaging division was continuing to grow and thrive, it wasn’t long before Nor-Cal was facing another difficult decision.  Their beer division, anchored by the distribution rights to Anheuser Busch products, was at a crossroads.  The international company InBev had bought Anheuser Busch and made it clear that Nor-Cal, despite a sterling reputation and track record in the industry, wasn’t in their long-term plans strictly due to the smaller size and growth constraints associated with the distributorship.  Once again, the family had to sell off what had been a staple of their business to stay ahead of the changing business climate.  They took the proceeds from that sale and poured them back into the business, installing new lines and improving existing ones.  Nor-Cal Beverage is now one of the largest contract packaging companies west of the Mississippi, with an unmatched reputation within the industry for quality, service and professionalism.

In addition to her duties at Nor-Cal Beverage, Shannon has found the time to be involved in many ways in our community.  She was the chairperson of the American Heart Association’s Heart Walk in 2011 and 2012, setting new fundraising records despite a less-than-ideal economic climate at the time.  Every year, She participates in the Capital Cup, an annual golf tournament where various area business leaders compete to raise funds for their chosen charities.  In her years participating in the Cup, Shannon has raised close to half a million dollars for the Jenna and Patrick Foundation of Hope, which funds research to find a cure for cystinosis.

It should also be noted that Shannon and her family created Go Girl Energy drink, which gives a significant portion of its proceeds to breast cancer research for every can sold.  She served six years on the Board of Trustees for Jesuit High School, where her son’s attended high school. Shannon has also been an active member of the Vistage Group for several years, and the Women Business Leaders of Sacramento since 2015.  Shannon also sits as a member of the Board of Directors for Five Star Bank and a member of the Sacramento Host Committee.

Shannon has been happily married to her husband Brad for more than 25 years, and together they are the proud parents of Connor, a graduate of Boise State University, and Riley, currently studying at San Diego State University. She can often be found taking long walks along the river with her beloved golden retrievers Bella and Boomer ( our beloved CBO-Chief Barking Officer), that is when she’s not helicopter skiing (heli-sking) in Canada or driving very fast in boats or cars.