Working as a Family – The Williams 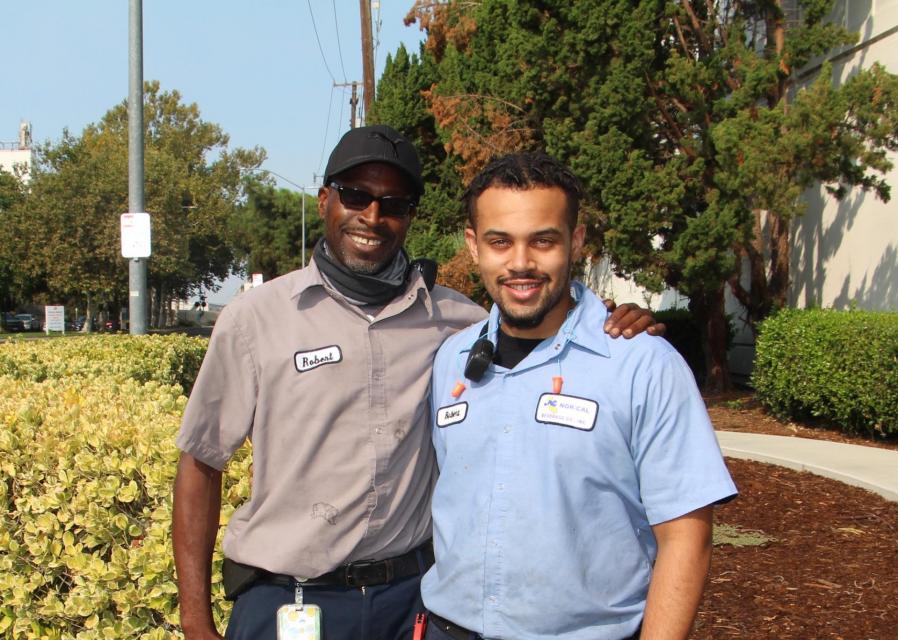 At Nor-Cal, we pride ourselves in welcoming every single employee to our extended family. Family is important to the Dearys and represents a fundamental part of the business. Roy Deary started this company in 1937, and present day the company is run by third generation family members, with the fourth not far behind. We have employees who are also family members and make a great contribution to our company.

Robert Williams and Robert Williams Jr. have been working together since June of 2019. Robert Williams Sr. started working for Nor-Cal in 2008, and Robert Jr. recalls that back then, his father would take him on tours around the facility to meet everyone who worked here. “From that day on, I fell in love with the process, the hustle, watching my father go to work every day and giving it one hundred percent”, he said. Robert Sr. mentioned Robert Jr. used to help him around the facility from time to time when he was only 11 years old. From that moment on, Robert Jr. knew he wanted to join the Nor-Cal Beverage family when he was old enough. That experience gave him the courage to join the team later in life and be as dedicated as his father.  Robert Sr. mentioned he tried his best to get his son a job and for his 18th birthday, he made it happen. “Robert Jr. knew he wanted to come work with pops, now I am extremely happy that he is here”, Robert Sr. said.

The Williams family mentioned working close to each other has its benefits. Robert Jr. said working with his father has made his experience at Nor-Cal great! “My father always has an open ear to issues that I run into and will give me advice on how to go about them”, he said.  Robert Jr. said his father truly inspires him. “He is a fantastic role model and someone to look up to when times get hard, all my coworkers never hesitate to go to him for help, he always has your back and is just an all-around a great guy”, he said. Robert Sr. said he works hard and is dedicated because at the end of the day, he wants to set a good example for his son. “We all have to do what we can and pass it to the next generation”, said Robert Sr.  Robert Jr. said working with his father and the Nor-Cal family has been a great experience.

“My Father pushes me in the right direction and gives me support to improve my craft every day, I couldn’t be happier.”  - Robert Williams Jr.